Jael: When The Battle Comes to You

So here it is, my deep dark secret, the worst part of me:

All of my life I’ve wanted to be a princess.

Maybe it was a cultural thing---the way I was raised---or maybe it was too many fairy tales. No matter, the truth is that I’ve always been more than happy to sit back and let someone else kill the bugs, slay the dragons, meet the challenge and go to battle. I’m the type of girl who’d be more than happy to be rescued by the prince or let a man do the heavy lifting and hard work.

This is my weakness.

The only problem is that for the past 20+ years, God has been doing everything He can to make me overcome.

I’ve said it many times, the Heavenly Father sees me as stronger, smarter, and more capable than I see myself. He’s on a mission to help me see things His way.

Hence, He keeps putting me in situations where I need to face the challenge, tackle the obstacle, and do things that I honestly NEVER imagined myself doing. Rather than allowing me to be a “Princess”, the Heavenly Father consistently pushes me to be a “Princess Warrior”.

Being completely vulnerable, I have to admit that there are too many times in life when my first response to the Holy Spirit’s call is “Are you talking to me?”

“Seriously, you can’t mean me? I’m not equipped for that….I didn’t prepare for that….I don’t even think I WANT to do that!”

The reason I’m sharing this very imperfect part of my personality with the world today is that I believe I’m not alone. Time and again I talk with women who feel that God has presented them with circumstances that are bigger than they are. They talk of hearing God’s call and saying, “Really, me?”

Most of the time, the question doesn’t come from a heart of rebellion or unwillingness to serve because these are women who LOVE Jesus and WANT to please Him. Instead, it’s more like they are shocked at the direction God chooses.

They can’t believe God called them to do THAT---to go THERE.

I hear things like: “But I’m not qualified, I’m not strong enough, and isn’t that a man’s job?”

That’s when I realize that we’re all in this boat together: You, me, and Jael.

True, Jael is not one of the most recognized names in the Bible, but she did play an important role in delivering Israel and redirecting Israelite history.

Her story is found in Judges 4. She was a contemporary of Deborah, the female judge who led Israel into battle against Sisera. While we’ll look at the story of Deborah in depth on another day, it’s important that we take a peak into the Scriptures to set the backdrop on the life of Jael.

Now Deborah, a prophet, the wife of Lappidoth, was leading Israel at that time….She sent for Barak son of Abinoam from Kedesh in Naphtali and said to him, “The Lord, the God of Israel, commands you: ‘Go, take with you ten thousand men of Naphtali and Zebulun and lead them up to Mount Tabor. I will lead Sisera, the commander of Jabin’s army, with his chariots and his troops to the Kishon River and give him into your hands.’”

“Certainly I will go with you,” said Deborah. “But because of the course you are taking, the honor will not be yours, for the Lord will deliver Sisera into the hands of a woman.”

So Deborah went with Barak to Kedesh. There Barak summoned Zebulun and Naphtali, and ten thousand men went up under his command. Deborah also went up with him.

It’s in the next verse that we meet Jael:

Now Heber the Kenite had left the other Kenites, the descendants of Hobab, Moses’ brother-in-law, and pitched his tent by the great tree in Zaanannim near Kedesh.

What? You don’t see Jael mentioned???

That’s because she isn’t---and yet she is. You see, Jael is Heber’s wife. For one reason or another, they had moved away from everyone else and were off living by themselves.

Why is this important?

Well, it makes the point that Jael wasn’t looking to be part of the battle. She didn’t have herself on the wait list to be the next deliverer of Israel. Apparently, something had happened that she and her husband wanted to go off by themselves, mind their own business, and just live the quiet life away from their community.

Although we’ll never really know the reason for their move, what we do know is that God’s plan followed Jael. Even though she didn’t volunteer for the battle, the battle came to her.

At Barak’s advance, the Lord routed Sisera and all his chariots and army by the sword, and

Sisera got down from his chariot and fled on foot.

Barak pursued the chariots and army as far as Harosheth Haggoyim, and all Sisera’s troops fell by the sword; not a man was left. Sisera, meanwhile, fled on foot to the tent of Jael, the wife of Heber the Kenite, because there was an alliance between Jabin king of Hazor and the family of Heber the Kenite. (Judges 4:15-17)

What do you do when the battle shows up at your door?

How should you respond when the God of the Universe calls your draft card and says, “It’s time for you to step up and play your role in my army?”

Do you run and hide?

I mean, I guess Jael could have abandoned her home and let Sisera rest there for awhile---at least until Heber got home.

Do you cower in fear?

Jael didn’t do that either. I mean this passage doesn’t show her huddled in a corner shaking in her sandals like a hostage.

No, you don’t do either of these things.

Instead, you do what Jael did.

You welcome the battle.

Jael went out to meet Sisera and said to him, “Come, my lord, come right in. Don’t be afraid.” So he entered her tent, and she covered him with a blanket.

You act with courage.

I’m thirsty,” he said. “Please give me some water.” She opened a skin of milk, gave him a drink, and covered him up.

But Jael, Heber’s wife, picked up a tent peg and a hammer and went quietly to him while he lay fast asleep, exhausted. She drove the peg through his temple into the ground, and he died.

Talk about a Princess Warrior!!!

When the battle came to her door, Jael used whatever was in her hand---an everyday common tent peg---to win the war. That day, a woman who wasn’t looking for a battle became the battle’s HEROINE simply because she was willing to step up and answer the call.

This is how Scripture remembers her:

Most blessed of women be Jael, the wife of Heber the Kenite,

most blessed of tent-dwelling women.

He asked for water, and she gave him milk; in a bowl fit for nobles she brought him curdled milk.

Her hand reached for the tent peg, her right hand for the workman’s hammer.

She struck Sisera, she crushed his head, she shattered and pierced his temple.

At her feet he sank, he fell; there he lay.

At her feet he sank, he fell; where he sank, there he fell—dead.

What do you do when the battle shows up at your door?

You answer the door.

How do you respond when you hear the Holy Spirit’s call to do something bigger and braver than you think you are?

You say, “Here I am, you’re willing vessel. Help me to rise to the challenge.”

How do you become a Princess Warrior like Jael?

You take whatever God has given you and give it all back to Him for His glory.

This is the pattern I’m learning to follow in my own life.

Do I always like it, understand it, or feel remotely qualified when I hear the voice of God?

Are there times when God asks me to do things that I don’t really want to do?

Still, like Jael I’m learning that it isn’t about me. It’s about the kingdom of God.

Think about it: What would have happened if Jael had only thought about her own comfort, her own safety? What if she’d have fled the tent when the king fell asleep because she didn’t WANT to meet the challenge (let’s be honest, it was a GROSS challenge)

Would Sisera have escaped? Would there have been a victory song that night?

Even though we may flinch at first and say, “You want me to do WHAT?”, I pray that this first reaction will ALWAYS be followed by obedience that kills the dragon, meets the challenge and wins the battle.

Is God calling you to do something that you don’t feel equipped or prepared to do?

Is God calling you to do something that you don’t want to do?

What is holding you back from answering God’s call to be a Princess Warrior?

Are you willing to lay aside your own fears and desires to see your family, your friends, your community, and your world know Jesus?

What if God’s plan for your life isn’t just radically different than your own, what if it is radically better?

Finding Truth Among A Flood of Feelings

Strong Enough to Be Still 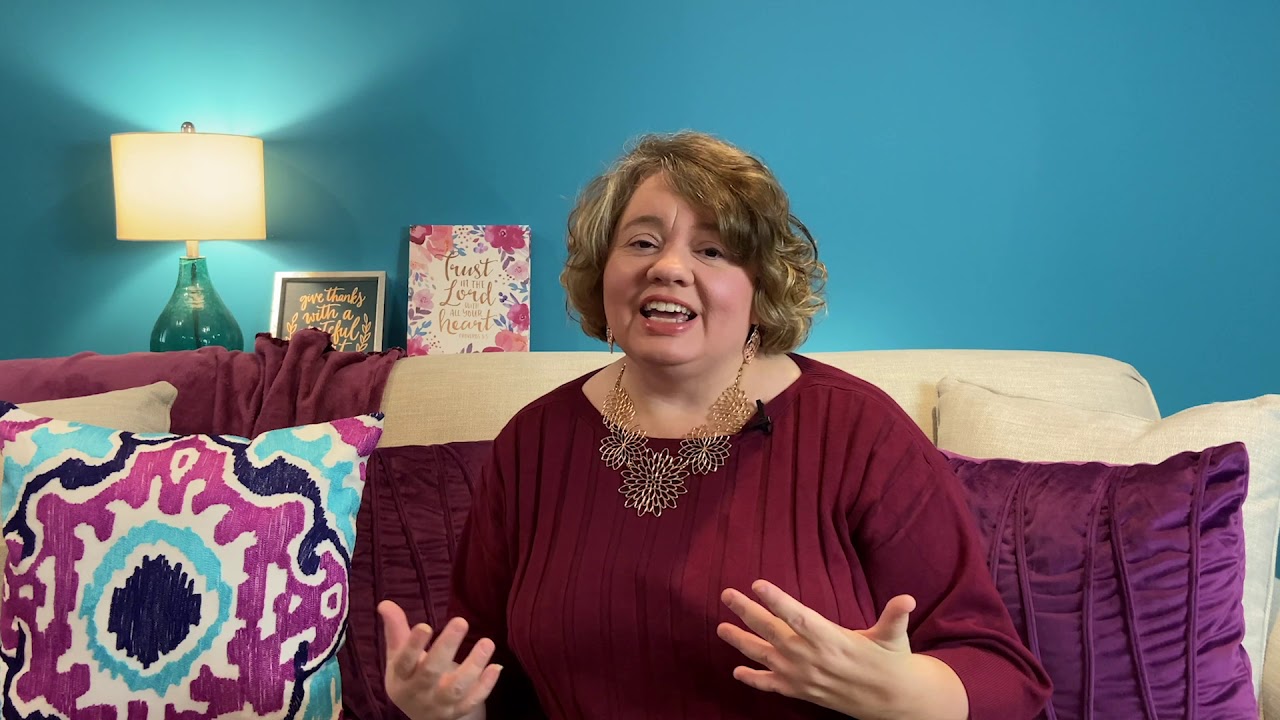