Are You Talking to ME???

Don’t you just hate it when you’re all geared up to go to God in prayer and tell Him all about how wrong someone else is acting and then He has the nerve to turn the tables and show you what needs to change inside of you?

Oh c’mon. You know what I’m talking about. You’ve set aside time. You’ve got your Bible and your journal right there by your side, along with your favorite hot beverage. You’re totally prepared with a list of everything someone else did to offend you and then BAM!!! The Holy Spirit turns the spotlight onto the sin you need to overcome in your life.

Uhhhh!!! I can’t tell you how many times this has happened to me.

For instance, there was the time when a friend made me really angry. To fully understand the story, you need to know that I don’t anger easily. Because I don’t like conflict, I’m more likely to just let things slide, go with the flow and hold my tongue and temper. (I’m not being super spiritual about this---I really am this way.) It takes A LOT for me to get really offended and lose my temper. I don’t go KABOOM easily, but when I’m pushed hard enough, I can explode.

It was days after the initial explosion when I finally decided to address the situation in prayer. Believe me, I was prepared with my list of grievances.

"They did this, and they said that. They had no right, and can you believe how they treated me?" were common phrases during my devotions that day.

Then, right out of no where, the Holy Spirit turned the tables and spoke these words into my heart: “You’re right. They did all of these things and that made you angry. Then you followed your family’s bad behavioral pattern of giving them the silent treatment and freezing them out to punish them. That’s not how things work in My kingdom, and you need to change.”

BOOM!!! Like a laser beam, those words of truth cut right to my heart. It was true.

I was guilty. I was following in my earthly father’s footsteps rather than my Heavenly Father’s ways, and that wasn’t right.

Realizing this made my heart sad.

Then the Holy Spirit pointed out one more thing: The person I was ignoring and refusing to speak to, didn’t even know I was giving them the silent treatment or that I was angry.

Well, that stinks!!! It was bad enough that I was doing something wrong, but I wasn’t even achieving my desired effect! That’s when I realized that the only person I was hurting in this situation was myself. I was harboring resentment which was stressing me out, and I was hindering my relationship with God by sinning.

Obviously, it was time for a change.

First, I started by asking God to forgive me---partly for being angry---but more so for not handling my anger properly. The right thing to do was openly and honestly deal with the situation, tell my friend I was hurt by their behavior, and try to find a peaceful resolve. When I chose to do the wrong thing it was sin and I needed God to forgive me.

Then I decided to change my behavior immediately. In this case, that meant breaking the silence and contacting my friend (who seriously didn’t know that I was giving them the silent treatment.)

Finally, I had to overcome the generation tendency to avoid conflict by ending a relationship, and face the source of the conflict head on. Yes, there were issues that needed to be addressed. My friend’s behavior was wrong and I had to take a stand in a godly way. Whether or not they chose to change, then became their responsibility. My responsibility was to do the right thing before God, overcome my own bad behavioral patterns, and start living by the principles found in God’s Word.

Over the years I’ve learned that this is what God requires of every one of His children. He wants us to be open to the correction of the Holy Spirit so that we can be shaped into the image of His Son, Jesus Christ. I honestly believe that this is why He allows hardships and struggles to come into our lives---because they are the sandpaper that smooth off our rough edges and shape us into what He wants us to be.

Conviction and repentance purge sin from our lives.

Every obstacle that helps us become more like Jesus, is a good thing. It’s a hidden blessing disguised as a problem.

Ultimately, God’s goal is to make me more like Jesus. That why the Holy Spirit was less concerned about saying, “Oh, poor ‘Dessa, I’m so sorry that happened to you”, and more likely to say, “Let’s deal with the real problem in your heart that’s hurting you. Let’s Me deal with the other person, and you deal with the sin in your life so that I can make you into the woman I’ve called you to be.”

When we look at it from that perspective, we see how very loving God’s correction really is, and we understand that it is meant to bring us healing, health, and an abundant life.

“Endure hardship as discipline; God is treating you as his children. For what children are not disciplined by their father? If you are not disciplined—and everyone undergoes discipline—then you are not legitimate, not true sons and daughters at all. Moreover, we have all had human fathers who disciplined us and we respected them for it. How much more should we submit to the Father of spirits and live! They disciplined us for a little while as they thought best; but God disciplines us for our good, in order that we may share in his holiness. No discipline seems pleasant at the time, but painful. Later on, however, it produces a harvest of righteousness and peace for those who have been trained by it.” 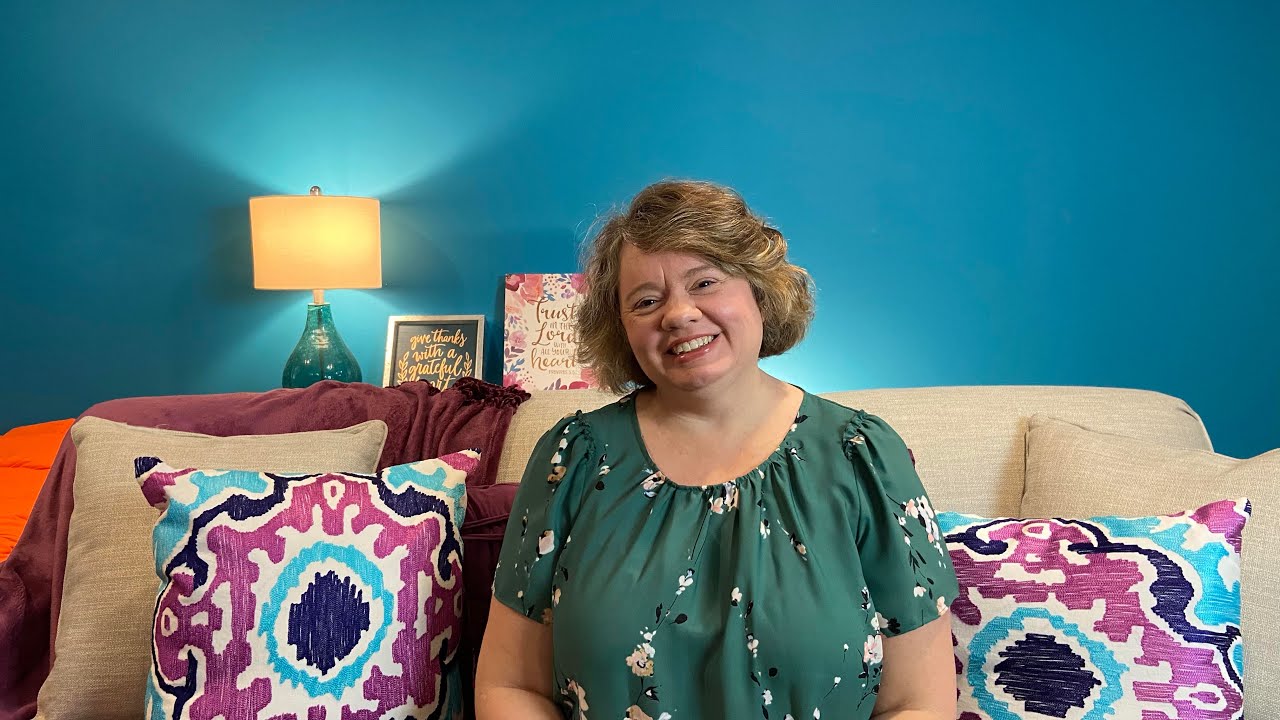